Oh my. I cannot begin to describe what I experienced yesterday. Eclipse 2017 was everything I had hoped it would be. Breathtaking would be a good word for it.

Here you see the ‘diamond ring effect’ – the few seconds right before the eclipse enters totality. Nothing short of amazing!

I had planned on driving home right afterwards but unfortunately traffic kept me in place. I did actually start to head for home and didn’t make it two miles before hitting a monster traffic jam on this little highway in southeastern Wyoming. Rather than fight it, I turned around and spent another night up here. More pictures to come!

Daytime images of our only natural satellite are a lot of fun. Normally we only pay attention to the moon in the dark but during the day it looks pretty neat against those blue skies.  Taken yesterday morning, the waning gibbous moon was easily seen in the southwestern sky.

I can’t help but look at the moon and wonder ‘what could have been’ had our nation continued on its course of manned space exploration exploring beyond low Earth orbit rather than essentially giving up in the early 1970s. Surely by now we would have bases on the moon and likely would have even been to Mars. Such a shame.

The landing sites of Apollo 12, 14 and 15 can actually be seen in this image. Those of Apollo 11, 16 and 17 are just inside the area in shadow on the right. Want to know where they are? See here for more info.

Snapped this early yesterday morning on the northeastern plains of Colorado. It was just a couple of days past full but beautiful as always.

Here’s one from my trip to Banff National Park in Canada that I haven’t shared. We were at Lake Louise and while the scene of the lake itself was the main focus, I couldn’t help but train my camera on the setting moon.

The 9,003 foot high mountain was first summited in 1893 and towers prominently over the lake and the surrounding terrain. Despite it being late June, you can see there was still a good bit of snow up there.

Tonight’s full Beaver Moon as seen from Adams County, Colorado. Clouds were a bit problematic at different points but all in all, it ended up pretty nicely. I’ll be trying again tomorrow morning at moonset to see if I can capture another batch. Our only natural satellite is at its closest in 68 years so I better take advantage of it while I can. 😉

Scroll down to view my complete series of the celestial event. 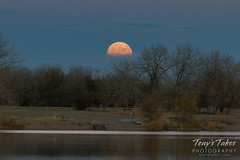 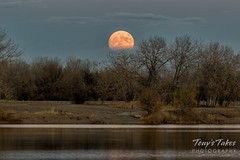 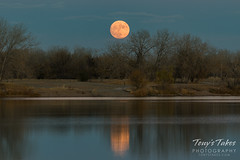 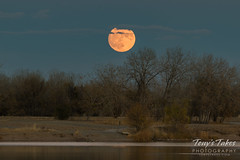 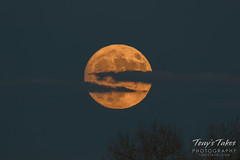 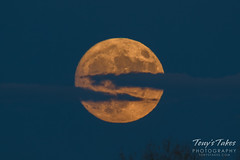 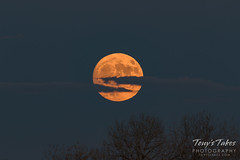 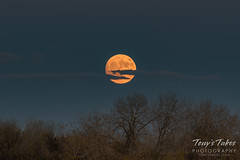 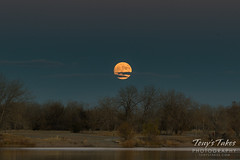 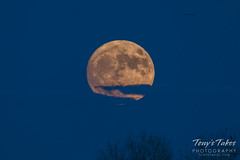 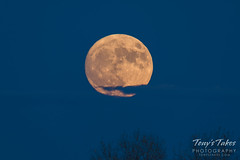 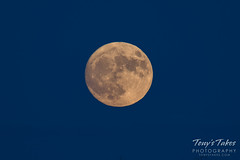 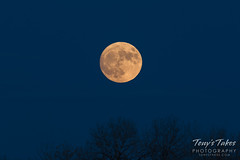 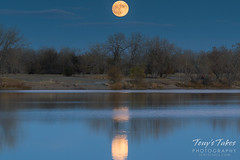 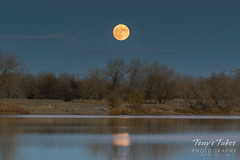 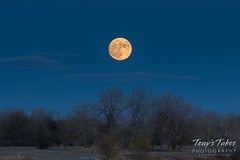 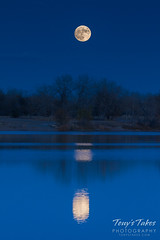 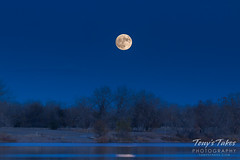 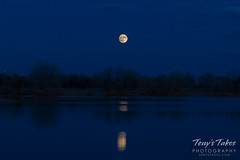 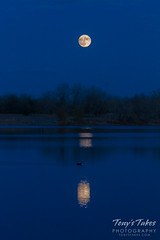 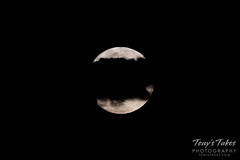 Clouds move across the Supermoon 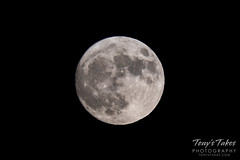 Taken last month in Rocky Mountain National Park. I was up before dawn as usual and while I waited for the coming sun to illuminate the landscape, I turned around and captured this image of the setting moon. The clear atmosphere at high altitude allows for some pretty cool images with clarity you just can’t get at lower elevations.

A couple of images I captured early last Sunday morning as the moon set in the west. I had high hopes for getting some cool images of the supermoon but came away kind of disappointed in the results.

First, the spot I chose wasn’t the best – I don’t care too much for the Purina building there. Haha. Second, it has been so warm here on the Colorado Front Range that the heat emanating from the ground was creating a lot of distortion and preventing sharp pics.

If I had it to do over again, I would have chosen a location much closer to the mountains.

While keeping my eye on the wildlife, I couldn’t help but train my lens on the setting moon yesterday morning. Just a day past being truly full, it was huge and beautiful! Sorry for the late posting today. It was definitely a ‘Monday’ as I just couldn’t seem to get things going in the right direction today. 🙁

It doesn’t always have to be nighttime to get cool pics of the Earth’s natural satellite. I was driving up Fall River Road this past weekend soon after sunrise and as I began to emerge above treeline, I spotted the waning gibbous moon about to go behind a nearby mountainside. It was monstrous and the clarity of the sky at high altitude was awesome as always.

Having reached my photo destination for the day early this past Sunday, I took the opportunity to ‘shoot the moon.’ It was absolutely gorgeous and as the sun rose, it colored the clouds nearby in shades of orange and red. I had to do some fast maneuvering to get myself into position to get both in the same frame but it was very worthwhile. Taken near Hygiene, Colorado.