Finally! Last year I heard about some of these cool creatures hanging out in a Denver area state park but despite multiple attempts, I never did see them. In recent weeks, they were seen again and I decided to try once more on Saturday.

This time I was rewarded with an opportunity to see and photograph them. There were actually four within a small area, all nestled within some very thick brush. Only one was truly visible where I could get a picture.

The event was definitely short on action as it simply slept the entire time I observed it, occasionally turning its head and never opening its eyes. Nevertheless, it was a first for me to get to see a Long Eared Owl so I was pretty happy. Definitely makes me want to go back to try again.

These medium-sized owls are found across North America, year-round in the western United States and Canada but only in the winter east of the Rockies and in Mexico. Like most owls, they are nocturnal and during the winter, as I witnessed, will oftentimes roost communally.

Scroll down to view all the images. 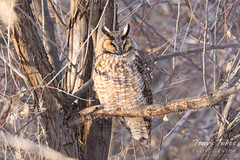 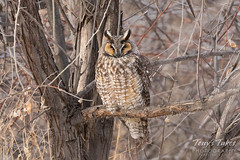 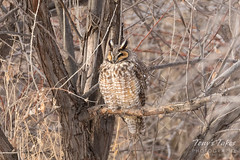 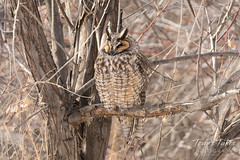 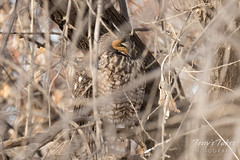 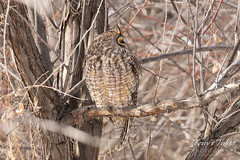 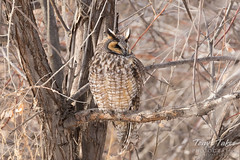 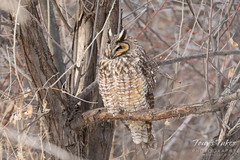