Well, not really a ghost and not on film but you get the idea. 😉

Northern Harriers are notoriously difficult to get good pictures of. Their erratic flight patterns mere feet off the ground coupled with their reluctance to come close to humans make getting pictures of them a challenge.

Females are brown in color but males are this gorgeous gray and white pattern, hence the nickname the gray ghost. The male also seems to be more elusive and reclusive – at least it always has been to me. I have historically had little luck getting quality images of the gray ghost, something which has been frustrating.

Last week I finally was able to capture my first decent images of one as it hunted a field north of Denver International Airport, Colorado. Such a beautiful raptor and those yellow, piercing eyes are mesmerizing.

In addition to North America, these hawks are found in Asia and Europe where they are called Hen Harriers.

Scroll down to view the complete series of images of the gray ghost. 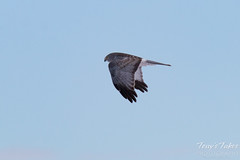 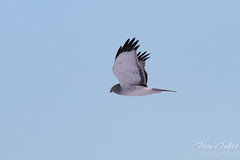 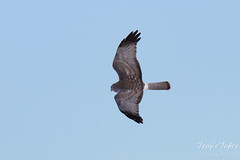 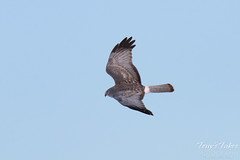 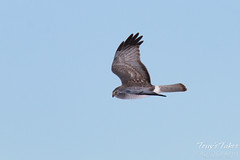 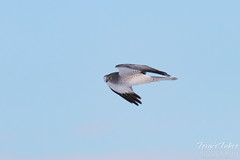 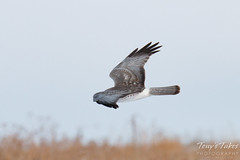 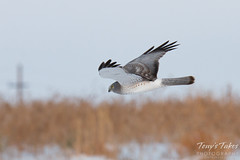 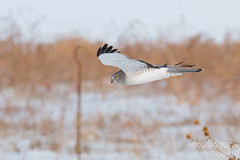 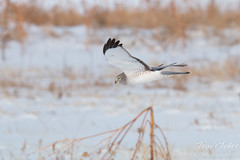