It isn’t too often you surprise a Bald Eagle – or any other kind of wildlife for that matter. They are keenly aware of their surroundings and their senses extraordinary.

It appears though that I managed to catch this young one unawares. I was working my way through a stand of trees, not being particularly quiet, when I see this juvenile Bald Eagle gazing off in the distance.

I snap a picture or two and then it suddenly became aware of my presence and that seemed to startle it. The poor young one couldn’t get out of there fast enough, hitting itself in the face with a branch as it leapt into the air.

I was surprised by its reaction and not able to zoom out enough to full capture its wings as I assumed it knew I was there and would be able to predict when it was going to take flight. It was a bit amusing but I did feel bad as startling it certainly was not my intent.

Scroll down to view the complete sequence. 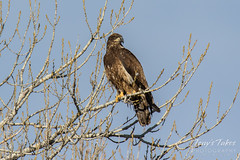 Beautiful juvenile Bald Eagle unaware its picture was being taken 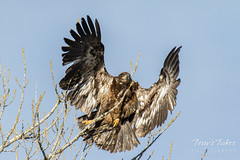 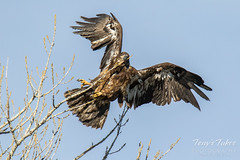 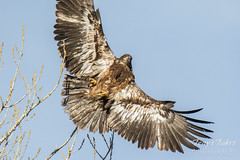 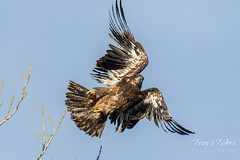 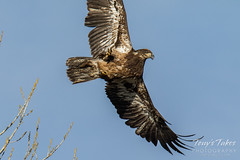 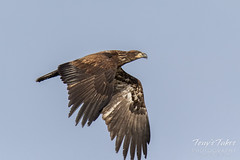 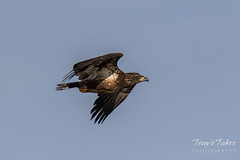